The water quality improving zeolite powder are mainly used in fresh/sea water aquaculture and fish farming. The main components is clinoptilolite & activated natural zeolite powder. Providing all major elements and most of the trace elements required for the growth and development of aquatic products and marine animals. These elements exist in ionic state and can be utilized by aquatic animals.

Zeolite powder contains many macro elements and trace elements necessary for the growth and development of fish, shrimps, crabs, sea cucumbers and scallops. Most of these elements exist in the form of exchangeable ions and soluble bases, which are easier to absorb and utilize. Also has a variety of catalytic effects of biological enzymes. It can promote the metabolism of fish, shrimp, crab, sea cucumber and scallops, promote growth, enhance disease resistance, increase survival rate, regulate animal fluids and osmotic pressure, and maintain acid-base balance;

How to use water quality improver zeolite powder?

Use alone. Generally, use 6-8 kg per mu of water surface, once every 7-10 days, double use in hot season or severe disease.

In short, the water quality improver zeolite powder has bright future in the application of pool aquaculture, marine aquaculture and fish farming, especially in improving water quality, it should be vigorously promoted to create a good aquaculture water environment in order to increase aquatic animal production and improve aquatic life and purpose of animal product meat quality.

Feed grade zeolite powder ("UZ-Min" Clinoptilolite Zeolite from Xiamen Zeolitemin Biotech Co.,Ltd.) plays a very important role in the animal husbandry industry. Used as feed (cattle, pig, chicken) additives and deodorants, etc., it can promote the growth of livestock and increase the survival rate. It has obvious therapeutic effects on animal diseases (such as gastroenteritis, swelling disease, pneumonia, bronchitis, heart disease), while reducing animal mortality and preventing disease occurrence. Feed-grade zeolite powder can generate a variety of biological enzymes in the animal's body. Under its catalytic action, it improves the nutritional value of the feed, improves the utilization rate of the feed, promotes the growth of the animal, reduces the breeding cost, and improves the quality of the product.

Feed grade zeolite powder contains calcium, phosphorus, sodium, potassium, magnesium, zinc, copper, manganese and other elements, which are all indispensable elements in feed. Adding zeolite powder to feed can supplement these elements and enhance the digestive function of animals. In addition, zeolite powder also contains trace elements such as titanium, nickel, molybdenum, and selenium. They are the activating substances of enzymes in animals, which can greatly improve the activity of animal enzymes. Zeolite powder also catalyzes certain microbial enzymes in the body, which improves the nutritional value of feed, improves feed utilization rate, and promotes animal Growth rate.

Feed grade zeolite powder is used as a carrier of trace components in feed, and at the same time it selectively adsorbs harmful elements such as heavy metals, hydrogen sulfide, ammonia and so on in the intestinal tract, and releases trace elements required by livestock. Promote digestion, reduce manure odor, and increase the weight of livestock.

Feed grade zeolite powder has an adsorption effect, which can adjust the ratio of the formation of ammonium ions in the animal digestive system, and can absorb moldy and harmful substances in the feed, enhance the animal's immunity, reduce the incidence of disease, and be effective Prevent animal diarrhea, make the feed more fully play and absorb, thereby improving the conversion rate and utilization of feed calories and nutrients.

As feed additive, zeolite has high safety and has a positive effect on improving the growth performance of cattle, pigs and preventing diseases. Zeolite has the characteristics of large distribution and easy mining.

In summary, feed-grade zeolite powder is used as a high-efficiency and low-cost feed additives. At the same time, zeolite can improve the social problems of food safety, environmental protection and animal welfare in pig and chicken production, thereby making the livestock and poultry breeding industry more in line with the requirements of the times. 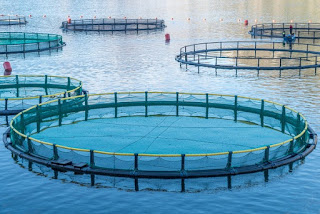 What is Natural Zeolite?

What is Natural Zeolite?

are natural hydrated aluminosilicate minerals made from interlinked tetrahedra of alumina (AlO4) and silica (SiO4). Zeolite are three-dimensional crystal structure built from the elements aluminum, oxygen, and silicon, with alkali or alkaline-Earth metals (such as sodium, potassium, and magnesium) plus water molecules trapped in the gaps between them. Zeolites form with many different crystalline structures, which has large open pores in a very regular arrangement and roughly the same size as small molecules.

Most of the common mineral zeolites are analcime, chabazite, clinoptilolite, heulandite, natrolite, phillipsite, and stilbite. An example of the mineral formula of a zeolite is: Na 2Al 2Si 3O 10·2H2O, the formula for natrolite. These cation exchanged zeolites possess different acidity and catalyse several acid catalysis.Zeolites transform to other minerals under weathering, hydrothermal alteration or metamorphic conditions.

Synthetic zeolites hold some key advantages over their natural zeolites. The synthetic materials are manufactured in a uniform, phase-pure state. The materials of Synthetic zeolite are liquid alkali,silicate,alminum and etc. It is also possible to produce zeolite structures that do not appear in nature.

Zeolite Na-A is a well-known example. ( Antenchem is a professional manufacturer of Synthetic Zeolite in China.).Since the principal raw materials used to manufacture zeolites are silica and alumina, which are among the most abundant mineral components on earth, the potential to supply zeolites is virtually unlimited.

Zeolites are widely used as ion-exchange beds in domestic and commercial water purification, softening, and other applications. In chemistry, zeolites are used to separate molecules (only molecules of certain sizes and shapes can pass through), and as traps for molecules so they can be analyzed. Zeolites are also widely used as catalysts and sorbents. Their well-defined pore structure and adjustable acidity make them highly active in a large variety of reactions. for example,Zeolite Na-A is used as softening builder in detergent and soap. it are many type synthetic molecular sieve 3a,4a,5a,10x,13x,ZSM,MOL,NaY,and etc.

Mumpton describes the zeolite as a "crystalline, hydrated aluminosilicate of alkali and alkaline earth cations having an infinite, open, threedimensional structure. It is further able to lose and gain water reversibly and to exchange extraframework cations, both without change of crystal structure. The large structural cavities and the entry channels leading into them contain water molecules, which form hydration spheres around exchangeable cations."

is a magnet that can hold cations, like heavy metal, ammonia, low level radioactive elements, toxins, several odours, petrochemicals, many different type of gases and a multitude of various solutions. It is a highly porous sponge with a large surface area that can absorb water up to 40% of its weight.The magic of the mineral lies at its cage structure and at its Aluminium and Silicon content which enables the mineral a high cation exchange capacity.

For more information, please visit to our partner link. If you are interested in our technology application, please contact with Mr.Lee. We would provide more support in the way of zeolite technology.

What is Natural Clinoptilolite?

What is Natural Clinoptilolite?

According to the world's annual production of natural zeolite approximates 3 million tonnes, More than 80% of the world's zeolite production is clinoptilolite type of natural zeolite mineral. Apart from natural ones, many synthetic zeolite are being developed around the world for custom applications.However, only 232 synthetic zeolite of these structures have been discovered and synthesized so far, so many zeolite scientists question why only this small fraction of possibilities are being observed. Natural zeolites are abundant and low cost resources, which are crystalline hydrated aluminosilicates with a framework structure containing pores occupied by water, alkali and alkaline earth cations. Due to their high cation-exchange ability as well as to the molecular sieve properties, natural zeolites have been widely used as adsorbents in separation and purification processes in the past decades.

Clinoptilolite possesses tetrahedral framework and form a continuous compositional series referred to as the Zeolitemin zeolites. For known more technical information about zeolite (Clinoptilolite), please visit International Zeolite Association(IZA)'s website. It was found an informing 3D animation of clinoptilolite's tetrahedral structure from their website and how it absorbs the cations into its cage like a magnet.

It forms a series with heulandite:

The naturally occuring zeolite Clinoptilolite consists of linked SiO4 tetrahedra. The diagram demonstrates the relationship between the trapped Caesium ion and the framework.

Natural zeolites are hydrated aluminosilicate minerals of a porous structure with valuable physicochemical properties, such as cation exchange, molecular sieving, catalysis and sorption. The use of natural zeolites for environmental applications is gaining new research interests mainly due to their properties and significant worldwide occurrence.

If you are interested in more information, please contact with Mr.Lee. We would provide more support in the way of zeolite technology.

What is ZSM-5 Zeolites?

What is ZSM-5 Zeolites?

Zeolite-based heterogeneous catalysts are used by industrial chemical companies in the interconversion of hydrocarbons and the alkylation of aromatic compounds.

﻿﻿
A very good example is the zeolite ZSM-5. This zeolite, developed by Mobil Oil, is an aluminosilicate zeolite with a high silica and low alumininum content. Its structure is based on channels with insecting tunnels. The aluminium sites are very acidic. The substitution of Al3+in place of the tetrahedral Si4+ silca requires the presence of an added postive charge. When this is H+, the acidity of the zeolite is very high. The reaction and catalysis chemistry of the ZSM-5 is due to this acidity.
﻿

The ZSM-5 zeolite catalyst is used in the petroleum industry for hydrocarbon interconversion.
An example use is in the isomerizations of xylene- from meta to para-xylene. The acidic zeolite promotes carbocation isomerizations. There are two suggested mechanisms for this type of isomerizations.
Firstly shape may play a role. Perhaps para-xylene has a shape which allows it to diffuse rapidly through the zeolite structure, whereas as meta-xylene takes longer to pass through the zeolite and thus has more opportunity to be converted into the para-xylene.
Secondly, is that the orientation of reactive intermediates within the zeolite channels favors specifically para-xylene.

Find this supplier of ZSM-5 ZEOLITES from China.

Other information from AntenChem is as below:

MagicMax® ZSM-5 powder is a high Mole Ratio of SiO2/Al2
O3 additive. Super XFocus® (a low-rare-earth SOx reduction additive) provide refiners with the most cost-effective solutions to reduce SOx emissions from their FCC units.Our current portfolio of FCC additives allows refiners to reduce SOx, NOx, and CO emissions from their FCC units, as well as lower sulfur content in gasoline.

MagicMax® ZSM-5 powder is a high Mole Ratio of SiO2/Al2O3 additive. Super XFocus® (a low-rare-earth SOx reduction additive) provide refiners with the most cost-effective solutions to reduce SOx emissions from their FCC units.Our current portfolio of FCC additives allows refiners to reduce SOx, NOx, and CO emissions from their FCC units, as well as lower sulfur content in gasoline.